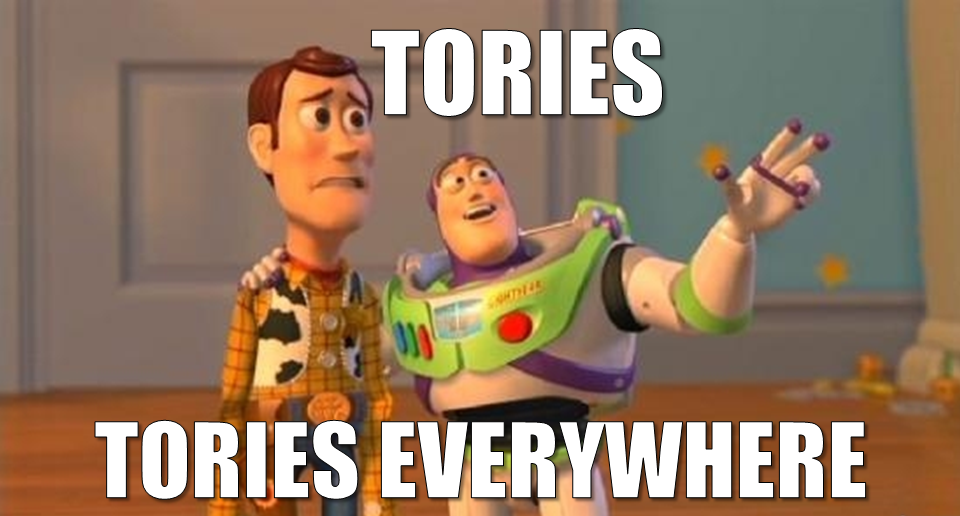 Irritated; annoyed; exasperated; vexed; irked; raging; maddened; incensed; splenetic. Just some of the words one could use to describe my current mood after reading that the Green Party will be omitted from the upcoming pre-election televised debates while Nigel Farage has been welcome with open arms.

With over 20,000 members in England & Wales alone - an increase of 45% this year! - three elected MEPs, a peer in the House of Lords, London Assembly member AND an elected MP, not to mention polling level with the Liberal Democrats, the Green Party are hardly marginal. Neither are we a single issue party focusing only on environmental issues, though securing media coverage for our social justice policies is no mean feat.

Labour, the Conservatives, Liberal Democrats and UKIP are all different sides of the same coin. The same old establishment faces, totally disconnected from ordinary people and the reality of life in the UK today, with policies engineered to satisfy wealthy party donors. Tories in blue, Tories in red, Tories in yellow and Tories in purple. They might have different party names, but there's barely any distinguishing between them anymore. For the BBC, ITV and Channel 4 to schedule debates between the four white male wealthy party leaders and to leave out the Green Party's female leader - the only mainstream voice of the left -  demonstrates precisely what an uphill battle we face if we want to relieve government of its corrupted self-serving infestation.

It's not just about telling people what our policies are. How can we expect the public to back something like the Citizen's Income without first unravelling all the myths about modern day poverty and the welfare state? How do we realistically expect them to trust us about our immigration policy while they're being force-fed a inflated figures and biased analysis of the current state of things? People are backing UKIP because they feel that is the party who reflect their needs, but those needs are based on the pervasive manipulation of the truth spread by right-wing governments and a sock-puppeted mainstream media.

For the sake of democracy, we have to fight to have political parties represented fairly in the media - and I don't just mean the Green Party; I'm talking about the SNP and Plaid Cymru too. How much of UKIP's success can be attributed to the media love-in from the past year and the resulting self-fulfilling prophecy?

I would like to set a challenge for the British media; swap the Greens and UKIP round in your level of exposure. Spend the next 7 months talking about the Green Party as frequently and fervently as you have UKIP, and give the kippers the same flimsy coverage the Greens have had. Let's see what impact THAT makes on the election, eh? If media coverage hasn't influenced election outcomes, as you've insisted, you have nothing to lose and UKIP's "success" will continue unabated.

For the rest of us, there are numerous petitions floating round about the media and the Green Party. Sign as many of them as you can; let's keep up the pressure and demand some decent coverage.

N.B. The initial publication of this post contained the phrase "limp-wristed", which I have now edited out. I apologise unreservedly for any offence caused and will take greater care in future to avoid using such insensitive wording.